Can two former lovers set aside their differences and work together to bring a criminal to justice?
"A well-researched debut novel with a great deal of courtroom drama – this was a fun read and great characters to share Saturday night. I can’t wait for the next book." —Amazon Reviewer 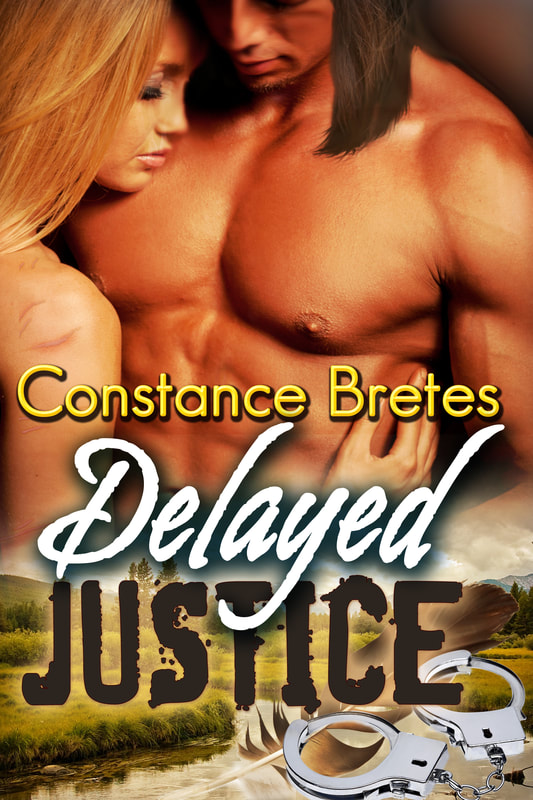 Five years ago, Sami Parker's life was changed forever when she was injured in a bombing incident which left another young woman dead—a woman who happened to be the fiancée of Sheriff Makeeta Robertson, Sami's former lover. Initially, Sami was a suspect in the crime, but the sheriff was forced to release her due to a lack of evidence. The town, convinced that she got away with murder, turned against her.

At last an arrest has been made and the sheriff needs Sami's help to get a conviction, but can she trust him? Although wary and cautious, she wants to see this man brought to justice and wants to clear her own name once and for all. But the awakening feelings she has for Makeeta bring yet another problem. Then there's the secret she's kept for the last five years—one she may not be able to keep any longer, and one that may change the outcome of the trial.

Sami heard a vehicle pull into her driveway, and she got up and looked out the window warily. She recognized the sheriff cruiser immediately. The person driving it was Makeeta Robertson, the sheriff of Big Horn County, but he’d brought company. A woman got out of the front passenger seat, and a deputy got out of the back seat.
Sami had a pretty good idea why they were there. They either wanted her to identify the man they’d picked up, maybe even testify against him, or they wanted to arrest her as an accomplice in the case.
She wasn’t going to answer the door, and they’d better not break into her house! If they wanted information from her, they would have to contact her attorney.
Terrified at the thought of being arrested, her natural instinct was to hide, so she went and hid in her smaller bedroom. Her desk and computer stood against the outer bedroom wall, under the window, and she slid down under the desk and waited for them to leave.

Sheriff Makeeta Robertson eyed the scenery as he got out of the sheriff cruiser. He’d brought Dani Spencer, the district attorney, with him, along with a deputy. The logs of her cabin have seen better days, he thought. Looking around, he noted that the driveway up to the garage had ruts in it and there was no grass growing in the yard. The dry land contained mostly tumbleweeds, white wheat, and prickly pear cactuses.
The hot, early autumn sun beat down from the sky as he stepped onto the wooden stair. The stair creaked under his weight, and he knocked at the rickety screen door. They waited outside, sweat breaking out on their foreheads, and then Makeeta knocked again. Finally he hollered out, “Sami, are you in there? We need to talk to you.”
Makeeta motioned to his deputy to go around to the back and see if there was a back door and-or any movement in the house.
The deputy disappeared around the side of the house, returning a few minutes later. “No answer at the back door, and I looked into the windows and didn’t see anyone.”
Makeeta pulled his cellphone out and called Sami’s number. It went to her voice mail.
“Sami, this is Makeeta, with the district attorney, Dani Spencer, and a deputy. We need to talk to you. If you’re in the house, please open the door. Otherwise, call my number as soon as you get this message so we can make arrangements to meet with you. There are some developments in the case with the bombing at Glacier Pharmacy five years ago, and we need your assistance.” Makeeta ended the call and clipped the phone back on to his belt.

Sami heard them get into the cruiser and back out of the driveway. She stayed under her desk for a long time before she finally ventured out. She walked to her cellphone and listened to the message. So, they need my assistance, Sami thought. We’ll see about that.
She went to her back door and looked out, and saw Shadow Dancer sitting on a log at the top of her hill, his two dogs by his side. Five years ago, Shadow Dancer had sold her the property and the house she was living in. He was also her neighbor and her friend. She grabbed two dog treats from the cupboard before she walked out and gingerly climbed the steep hill to talk to him. The wonderful smell of the pines assaulted her nose as she ventured up the hill to meet him. She had a hard time walking today on the limestone soil; her limp seemed more noticeable.
“Hello, Shadow Dancer. What brings you to this side of the mountain today?” she asked.
“Hello, Sami. I saw the sheriff cruiser for Big Horn county driving by and thought I’d better come over and see what’s going on.”
“Yes, they were at my place.” Sami forced a smile.
“I saw that. You didn’t answer your door?”
“No. They left me a voice mail saying they need to talk to me and need my assistance. I will do nothing without my attorney present,” Sami said defensively.
“I heard they may have a suspect for the bombing at the pharmacy where you were injured.” Shadow Dancer cocked his head.
“That’s what they say,” Sami replied.
She sat down next to Shadow Dancer and patted the dogs on their heads, giving them each a treat. She and Shadow Dancer had become good friends during the past five years. He would often walk over the hill from his place to hers to sit down and chat or just go on a hike that would bring him by. When he visited he always brought along his two Alaskan Huskies.
“I don’t blame you for not wanting to talk to them, but you know, Sami, you’re just putting off the inevitable. They will be back.”
“I know. I just don’t want to have them at my place. I’d rather have my attorney present and meet at the sheriff or district attorney’s office. I don’t want them contaminating my home.” They sat there for a while, listening to the wind rustle the pines and enjoying the heat of the day.
Sami sustained some serious injuries from the bomb explosion. There was a jagged scar across her left cheek. Her arms were also scarred as well as her back and her legs. She walked with a limp because a beam had fallen on her and broke her hip.
“Sami, you’re awfully young to be out here in isolation with no one but me to talk to. I’m not complaining, and I don’t mind the company, but this isn’t normal for someone your age.”
“What friends I had turned on me. I’m scarred and no man would ever want me. I’ve accepted that, and I’m happy here. Did I tell you that my agent accepted my latest book? With some modifications, of course.”
“No, you didn’t tell me that. I’m glad. You’ve been working on that book for a while now, haven’t you?”
“Yes. It’s harder to write something that’s autobiographical.” Sami rested a few more minutes, then looked over at Shadow Dancer and smiled. “Well, I guess I better get back down and get some sleep so I won’t be so tired when I get up and start writing again.”
“Okay. Be careful going down, and I’ll talk to you later.”
She stood, gave the dogs a pat on their heads, and then walked slowly down the hill.

When Shadow Dancer arrived home his telephone was ringing. He grabbed the receiver and said, “Hello.”
“Granddad, how are you?” Makeeta asked.
“Fine, I’m fine. How are you?”
“I’m doing well. I didn’t know that you sold your property up over the hill to Sami Parker.”
“Yes, I did, about five years ago.”
“Do you communicate with her much?” Makeeta asked.
“Why do you want to know that?”
“I’m trying to get in touch with her. She’s not answering her phone or her door.”
“Well, all I’m going to say is that your best bet is to contact her attorney and go from there,” Shadow Dancer answered quietly.
“Oh, anything else you can tell me?” Makeeta asked.
“No,” Shadow Dancer answered abruptly.
“How is she?”
“As well as can be expected I guess,” Shadow Dancer said hesitantly.
“The last time I saw her, there were bandages all over her face and different parts of her body, and her hip was in some sort of a cast.”
“Yes, I remember, and you took her immediately from the hospital to the station to interrogate her,” Shadow Dancer said accusingly.
“It’s not like I had a choice, Granddad,” Makeeta answered defensively. “What does she do out there in the wilderness anyway?”
“You’ll have to ask her when you talk to her,” Shadow Dancer responded curtly.
“Okay, thanks, Granddad, I’ll talk with you soon.”
“Yes, I assume you will.”
​Please NOTE: SUBSCRIBING TO MY MAILING LIST, YOU ARE AWARE THAT YOU WILL RECEIVE A NEWSLETTER ON THE 4TH OF EVERY MONTH, A RAFFLECOPTER REMINDER HALFWAY THROUGH THE MONTH, AND OCCASIONALLY, IF SOMETHING COMES UP IN THE MONTH THAT CAN'T WAIT UNTIL THE NEXT NEWSLETTER, I MAY SEND OUT A AN NOTE.
Website Copyright  © 2018 Constance Bretes