Constance Bretes
​Please NOTE: be sure to read the privacy policy by clicking on it in the navigational pane above. sUBSCRIBING TO MY MAILING LIST, YOU ARE AWARE THAT YOU WILL RECEIVE A NEWSLETTER ON THE 4TH OF EVERY MONTH, A rAFFLECOPTER REMINDER HALFWAY THROUGH THE MONTH, AND OCCASIONALLY, IF SOMETHING COMES UP IN THE MONTH THAT CAN'T WAIT UNTIL THE NEXT NEWSLETTER, I MAY SEND OUT A NOTE.

What's in the Works?

​What I’ve been working on! I am in various stages of edits with each story. All have a first draft, some are in edits, and some are at critique partners. I hope to have 2 release in the year 2018. I hope you enjoyed reading the drafted blurp on each of them, if you would like to be a beta reader or critique partner with any of these stories, please contact me at bretesc@gmail.com and I can tell you where I am with the story and what I need.  Thanks so much for visiting!

This book will be release in October, 2019

Dr. Casada needed a live-in housekeeper. Pamela Parkins needed a job and a place to live. What Pam did not bank on, was falling in love with the mysterious Dr. Casada, and encountering spirits in his house. What are the spirits after? Why do they bother everyone but Dr. Casada? Is he possessed by one of them?

Lt. Aaron Mansfield was called out to his father’s ranch to investigate the bone that a dog dug up on the Mansfield’s Ranch. After looking over the bone, he called into the Maverick County Sheriff department and requested a detective to come out to investigate. What he never expected, was who they sent out to him.

Liz Grey returned to Maverick County, after she’d been fired from her job as police officer turned detective in L.A., and the apparent ‘sloppy’ police work she had done. She’d been hired by Maverick County Sheriff with a year’s probation and a threat, hanging over her head.

The attraction between Liz and Aaron continued to sizzle and develop as they investigate the 12 year old murder of a young woman named Abby Newell. However, Aaron continues to have issues with Liz and the fact that she left him all those years ago.

Things are never as they seemed, and what she found might cost Liz her life. Will Aaron rescue her in time?

Meghan Harper left her abusive ex-husband and returned to her hometown, Rocky River, Montana and to her only relative, her aunt. She rebuilt her life and opened a beauty salon, and all was going well, until she came to her aunt’s house and found her dead on the floor.

Deputy Javin Kologie was investigating the death of Meghan’s aunt, Doris Carver. He’d been an officer for a long time, and dealt with people who didn’t want to have anything to do with him, but his frustration with Meghan Harper was growing in epic proportions.

While Deputy Kologie continued to investigate the murder of Meghan’s aunt, she had discovered from her aunt’s last will and testament, that someone left her something, and that something was hidden in a mine shaft inside an old ghost town. She and her aunt’s friend began a search down the mine shaft to discover what was hidden.

Even as Javin and Meghan’s feelings began to grow, he knew she was keeping something from him and she was often evasive, never answering all her questions.

People you trust are not always what they seem. Meghan gets trapped in the mine shaft, can Javin rescue her in time?

Jacklyn Carver was so tired, she left and headed back to Montana for a two weeks vacation from her family and the family business she ran. She’d given up her dream to be a Game Warden and living with Gerald in Montana. She ventured out on her first day at her grandparents cabin and she didn’t expect she’d ended up spraining her ankle while on a hike near the cabin.

Gerald Longhorn had given up on love and finding a partner after Jacklyn left him years ago to return to her family in Michigan. He lived a lonely life as FWP Warden Sergeant and manage eleven FWP wardens around Flathead National Forest. He couldn’t believe his eyes when he saw Jacklyn, struggling to walk in the middle of the Flathead National Forest, with a forest fire looming around them.

After rescuing her, Gerald rekindled his relationship with her, while helping her to enjoy her time on crutches, during her vacation.

The lure of responsibility called Jacklyn back to reality and to Michigan. But the more she tried to bury herself into the business her father left for her before he died, the more unhappy she became.

Will she make the decision to do what she’s always wanted to do and this time, will Gerald take her back?

Brianna returned home from New York with a broken heart. Facilitating a high school class reunion, she met up with her former love, Johnny Mathis.

Johnny Mathis had resigned from medicine after a tragic event left him unsure if he could ever make the right diagnosis in the future and practice medicine. He loved children and treating them, but the tragedy left him scarred and reeling. He spent most of his time in her sailboat, sailing Lake Michigan.

Seeing Brianna again sparked an interest in him, and they slowly rekindled their relationship. However, someone else was having a hard time with their relationship. Someone was leaving a white rose on Brianna’s steps every day, and trying to kill Johnny.

While Nick and Susan are in a race against time, will Johnny be able to save Brianna from a madman bent on killing him and keeping Brianna for himself?

Caitlin McCallester was a potter and owner of a small home she converted to her pottery business. She owned a piece of land that was once under the ownership of the Malone family. A piece of property that Jason Malone was planning to get back.

After many attempts to get Caitlin to move out of the house and give up the property, Caitlyn arranged for a friend to come out to the property that ran along the river, and see if there were gold hidden in the ground.
She finds out what Jason had been up to, and more than ever, she was determined she’d hold on to her property and her house.

One day she found out what Jason was up to, and got into an argument with him. She returned to her home to find it on fire. She went into the burning house and got her dog Sophie when she fell and hit her head on the counter. She suffered from amnesia, and Jason insisted she stay with him while she recovered.

Jason’s ex-girlfriend helped Caitlyn ‘remember’ everything, and she left Jason’s place and went to her friend place to live. Both realized their love for each other, and eventually, Caitlyn forgave Jason and agreed to marry him.

Constanze Clemmings wanted revenge. She wanted justice for the way that Gerald Longhorn left her and broke her heart.

Gerald had worked his way up in the rehabilitation services department to deputy director, and Constanze managed to get promoted as well, but not in the high position that he had. After problems with some employees and getting everyone straightened out, Constanze ended up working under Gerald’s supervision and leadership.

He manages to convince Constanze to go to the Christmas Ball with him at the State Capitol. After attending the ball, they returned to her place. After a night of passionate lovemaking, Constanze continued on with her plan of revenge, and left him heartbroken, just as he did to her.

Instead of feeling good about her revenge, as she had hoped, she felt worst.

One day, one of boys living with Gerald had an accident, she took the opportunity to go to him. Could she make amends for how she broke his heart, and when she realized the reasons he’d left her, can she even forgive herself? 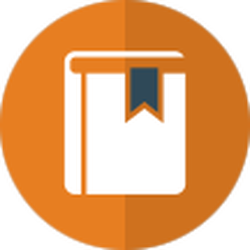 With this story, I won the National Novel Writing Month award for the most words. The story is somewhat autobiographical. The lyrics of Poor Little Allison by Gordon Lightfoot could certainly give insight into the kind of person that I was.

A young woman, named Allison, down on her luck, ends up in a small town looking for a place to stay. She comes upon a handsome native American named Christian, and she ends up living in his basement, as his house cleaner, and babysitter for his two sons. The relationship developed into love and marriage, but soon, things began to fall apart.

Allison had enough, and left Christian and moved to California. During her first couple of years there, she came to realized that she had an emotional problem. She had been diagnosed as bipolar manic depression. She began her regime of medications and the changes in her life became better, to the point she was working at the hospital.

One day, she was heading to work when there was a terrible accident. Allison ended up in the hospital’s burn center, with severe burns on her body. While she was unconscious, the medical staff found her contact information, and contacted her husband, Christian. Whom she’d never divorce. He came to L.A., and helped her with her recovery from the burns. He brought her back to their town where they lived, and she continued to heal. She developed an ability to understand and care for people who, like herself, went through the extremely painful healing process from severe burns and decided she’d like to go into nursing.

Even with Christian’s help and care for her burns, she was faced with incredible loneliness that only escalated because she had hurt Christian’s family before she left.

Can Allison and Christian rekindle their love for each other? Can his family ever forgive her for the pain she’s caused?
​Please NOTE: SUBSCRIBING TO MY MAILING LIST, YOU ARE AWARE THAT YOU WILL RECEIVE A NEWSLETTER ON THE 4TH OF EVERY MONTH, A RAFFLECOPTER REMINDER HALFWAY THROUGH THE MONTH, AND OCCASIONALLY, IF SOMETHING COMES UP IN THE MONTH THAT CAN'T WAIT UNTIL THE NEXT NEWSLETTER, I MAY SEND OUT A AN NOTE.
Website Copyright  © 2018 Constance Bretes